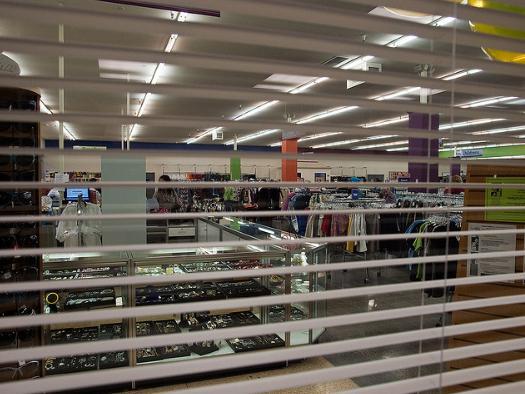 9:49 am on Saturday January 8, 2011 | Posted by
Goodwill to open a new Beaufort facility this Friday (update: open)

WSAV was there and chatted up an employee about the new store and some shoppers; check out the video here.

P.M. update: Just spoke with an official over at Goodwill Industries of Lower South Carolina who gave us a few more specs on the new building.

Goodwill is leasing the new facility, and it weighs in at 15,000 square feet, with 1,000 square feet dedicated to its JobLink Center. The JobLink Center, which offers career coaching, job training and other employment placement services, will not open immediately, and an open date could not be provided.

Beaufort is one of 20 stores the Lower South Carolina chapter has within Beaufort County, Charleston, Myrtle Beach, Florence, Sumter and Walterboro.

Erin Burneyko, a marketing specialist with the Goodwill, said the decision to move into a new building basically just fit in with the chapter's retail model for the rest of its region.

Burneyko also wanted to remind people that more than 90 percent of the donations made to the Goodwill go to its "mission of helping people achieve their full potential through the dignity and power of work."

The facility is over at 137 Parris Island Gateway near the IHOP and replaces the now-shuttered Salem Road space.

The Goodwill always is looking for donated items, but is putting out a more urgent call this week as it's looking to open with a full stock. Donations are being accepted at the new building.