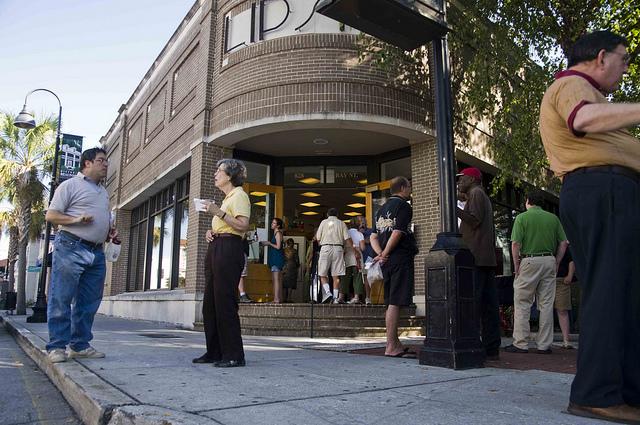 TheDigitel
A file photo of the store that commands an iconic spot on Bay Street at the terminus of West Street.

Update November 26: The Island Packet writes that Bay Street merchant Barefoot Bubba's﻿ is moving down the street into the spot.

They will be renting from the new building owners, Breezy Veranda.

Update November 19: The Facebook page "Eat Sleep Play Beaufort" writes that the building has been sold. No word on what the spot will become, but the purchasing entity, Breezy Veranda, is owned by James Quarforth of 115 Verdier Street.﻿

Also note that the old main store was sold in September.

Update February 3: The Beaufort Tribune caught up with owner Neil Lipsitz about his last month in business and the quick drawdown of the store. It's a rather nice profile; read it here.

First reporting: The Lipsitz name first came to Beaufort's Bay Street in 1902 and eventually the name spread to several other buildings as the Lipsitz Department Store and Lipsitz Shoes thrived.

Then in 2009 the historic department store closed while Lipsitz Shoes at 828 Bay Street was commanded by son Neil Lipsitz, 52, carried on. But come 2011 Neil plans to close down his store and the Lipsitz name will be left to the history of Bay Street business.

WSAV has a nice post on the matter and why; take a read here.

The shoe store is a new construction that opened in 1998.

For some background on the Lipsitz head to the Beaufort Three Century project.

Update December 31: The Island Packet has published a slightly longer piece that dives a tad into how the shop's shutting down; take a read here.

The paper also says there's a contract to buy the 3,600 square foot building listed since at least late October.

The store is the latest in a string of downtown businesses to close, and rumors abound that a half-dozen more might very soon if things don't pick up.