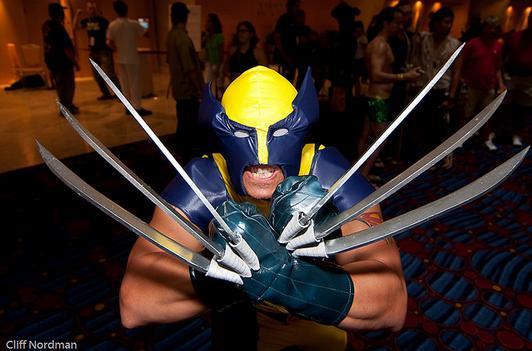 Reported Sept. 10: Head down to Savannah later this year and might you be wowed by the superpowers of Wolverine, Storm, Cyclops and Beast? (OK that was a little geeky even for us)

Seriously, though, sites in and around Savannah are being scouted as potential sites for the next X-Men movie, a prequel called "X-Men: First Class"

There are a lot of Savannah-area write-ups about the franchise's interest in the Coastal Empire, but your best bet is the piece in the Savannah Morning News. Check it out here.

Savannah folks on Twitter were abuzz yesterday about the possibility of X-Men coming to the area.

Oh, and if you're a huge Marvel fan, here's a CNN blog on photos from the upcoming Captain America and X-Men movies hitting the web.

Updated Oct. 6: The Savannah Morning News has a new report that Jekyll Island might be the front-runner to land some location shoots for the next X-Men movie. Either way, looks like Wolverine will be headed to the area.

Updated Oct. 22: Looks like the X-Men filming is going to land on Jekyll Island after all. The Savannah Morning News has reported that the Jekyll Island Town Council has approved a permit for the project and filming is to begin this month,

According to the Savannah report the film crew will use the beach area to shoot and pay $16,000 and provide more than 300 cubic yards of sand once the filming is over. Was Hunting Island in the running?