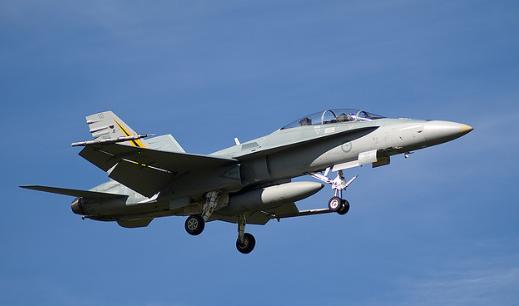 Updated January 8: The Island Packet and McClatchy Newspapers have a report out of Washington quoting Sen. Lindsey Graham as saying the jets MCAS Beaufort are due aren't in jeopardy despite Gates' cuts.

Gates sounds less confident in that statement, even in the same article, maintaining that if issues can't be corrected the B variant of the Joint Strike Fighter will be chopped. You can read it here.

Update January 7: As expected the F-35B was singled out in some $100B in proposed Pentagon budget cutting.

Secretary of Defense Robert Gates stated that he was putting the much troubled next gen fighter jet on "the equivalent of a two-year probation" and that "If we cannot fix this variant in this two year time frame … then I believe it ought to be cancelled."

The Fort Worth Star-Telegram has collected some documents used in Gates' presentation about the F-35 and the proposed cuts; get them and a some context here.

Meanwhile The Island Packet chatted with some key local folks about the arrival of five squadrons of the jet and what the news might mean for preparations — for now it sounds like that plan hasn't change; read their report here.

First reporting January 6: So here's the scenario, the F-35B is the advanced fighter jet that the Marine Corps has been holding out for instead of upgrading to to a F/A-18 Super Hornet. During that wait the Corps has seen their F/A-18 Hornets age in the ongoing wars.

After all why go for better when you could have the next generation craft with vertical takeoff abilities?

Well, today that situation could become even more prickly as Secretary of Defense Robert Gates is expected to announce that the F-35B will be put on hold for two more years while issues are isolated and fixed. And when your current fleet is aging that isn't good news for your abilities nor your local economy if your town is home to an air base made up of them.

I could go on, but I'll point you to Wired for a rundown on how this scenario came to be and to The New York Times for what's likely to come down the pipe today (the F-35B talk is about halfway down).