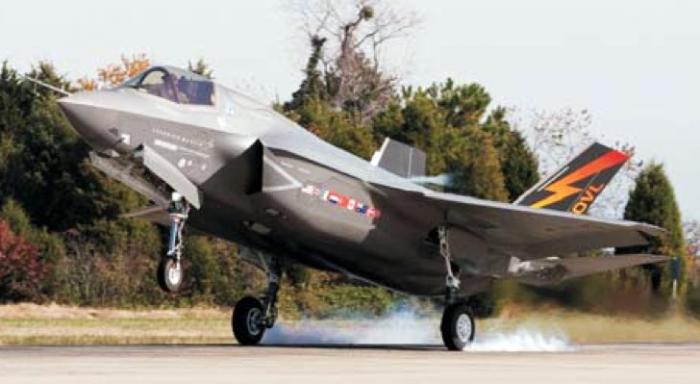 Reported Oct. 19: The Navy has released its final Environmental Impact Statement for F-35B training on the East Coast, and Beaufort's in.

The military's report goes onto say that this option, "best meets the purpose and need of the Proposed Action, and balances environmental impacts with mission requirements."

One of the biggest points of content of bringing the F-35s to Beaufort is a comparatively higher noise level (though mitigated by their different flying pattern), and the report says the new jets would shorten the overall noise pattern from stretching so far into the Broad River and the edge of Colleton County (before and after map below) but fatten it a bit, pushing slightly high noise levels into areas the edge of the core noise area.

Also of note is that due to the prior public comment period a vertical landing pad was moved further from Lady's Island.

The final announcement is due on December 3, and a new comment period begins for the next 30 days starting October 22 and ending November 22 -- you can comment here.

If you'd like to review all the latest documents, charts, and diagrams for yourself, get them here.

Updated Oct. 20: The Island Packet has a writeup on the release of the report and caught up with the Best For Beaufort group that has opposed the deployment of the F-35B to MCAS Beaufort -- it's much the same as this report but notes two things I overlooked: That the overall military staff size at the base would drop from 1,821 to 1,593 (a number 66 higher than before) and that annual take offs at the air station would go from 55,000 to 99,880.  Read their report here.

Updated Oct. 21: The Island Packet has chimed in with an editorial supporting this final EIS and the decision to train future pilots here at MCAS Beaufort. You can read their opinion here.

WTOC also caught up with U.S. Rep. Joe Wilson during a stop on Hilton Head on Wednesday and got his take on the deployment of F35s to MCAS Beaufort. You can read  that brief story here.

Finally, WSAV rounds out the coverage with a weird video clip below.

Updated: Oct. 22: Everyone knows by now that N.C. also is receiving some of the F-35B squadrons and was lobbying for the 3 training squadrons MCAS Beaufort is to receive. The New Bern Sun Journal has N.C. officials' reaction to this week's final report. Check it out here.