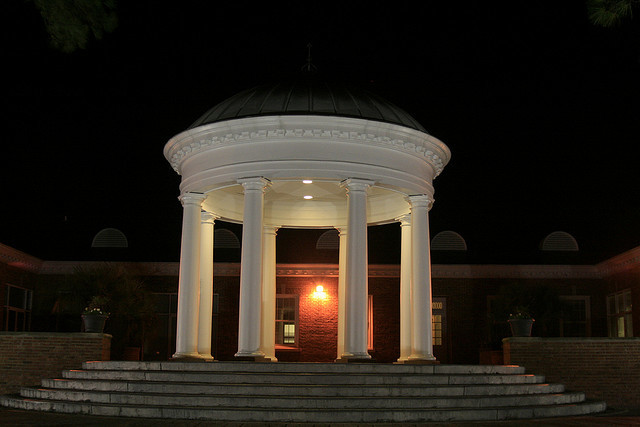 5:25 am on Friday October 14, 2011
CCU named one of the top schools in regional universities category

Coastal Carolina University has been ranked number 26 among Top Public Schools in the South in the Regional Universities category, according to the 2012 edition of Best Colleges U.S. News & World Report.

The University was notified October 6th of the additional ranking, which was not included in the original report. "Regional University" is defined as an institution that provides a full-range of undergraduate and master's programs but few, if any, doctoral programs.

When the initial findings were released in mid-September, CCU was ranked among the top 15 regional public universities in the South in the "Great Schools, Great Prices" category. The only other South Carolina school in that group is Converse College in Spartanburg.

It is the highest ranking CCU has received in the U.S. News & World Report. It follows recent inclusions in "America's Best Colleges," compiled by Forbes Magazine and the Center for College Affordability and Productivity, and G.I. Jobs Magazine's list of "Military-Friendly Schools."

Check out the full press release over at Coastal News.

See the complete list of the Public Schools in the South in the Regional Universities category﻿ by hopping over to the U.S. News and World Report ﻿website and make sure to visit our Coastal Carolina topic page to see all the other great news coming out of CCU.