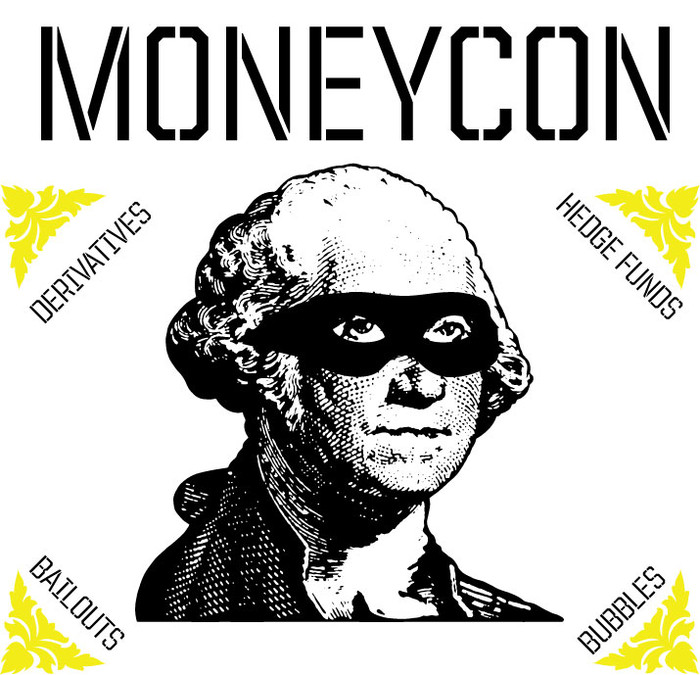 6:15 am on Tuesday November 22, 2011 | Posted by
MoneyCon: A day of lectures, documentaries and discussion on money

The near collapse of the U.S. economy in 2008 was the result of 30 years of increased risk-taking and reduced regulation in the U.S. banking and finance industry. According to the 'New York Times' the U.S. government has made commitments of about $12.2 trillion and spent $2.5 trillion on the bailout of financial institutions.

With numbers like these, there is no doubt that the American tax payer is footing the bill for what has been called "the biggest transfer of wealth in history." The average cost of the bailout per taxpayer: $18,116.

With numbers like these, one might expect some reforms in banking to prevent such a near melt-down event from recurring. Yet, to a large degree, the financial industry has returned to business as usual, taking advantage of the public's perception that regulation would be harmful to the economy. Additionally with many of the banks now "too big to fail", they stand little to lose if such an event should occur again. Odds are it will and guess who will foot the bill?

MoneyCon: a Conference on Money, will ﻿address the disinformation and mis-conception of money and finance in the U.S. The all day event will feature guest speakers, documentaries such as Erwin Wagenhofer's "Let's Make Money", a panel of local economists and activists, and an open forum. MoneyCon is a non-partisan event and is not affiliated with any group or movement.