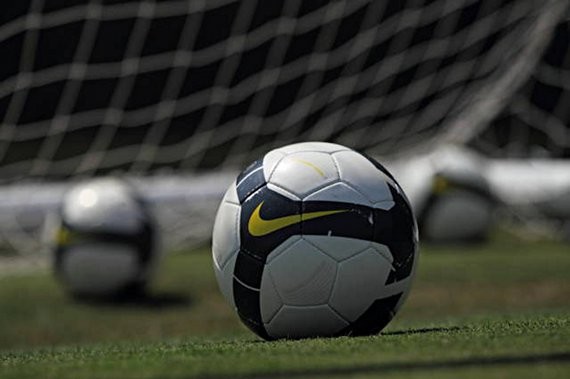 Image by C of C Sports

The College of Charleston men's soccer team fell, 3-1, in the second round of the NCAA Men's Soccer Championship to No. 1 seed Louisville on Sunday evening.

The College of Charleston ends its season at 11-5-3.

For more on Sunday's game, here's a link to the official post-game wrap up.

The College of Charleston men's soccer team held off East Tennessee State University in a thrilling opening-round match of the 2010 Men's Soccer Championship. The Cougars built a 3-0 lead before surrendering two goals but preserved the 3-2 result.

The win advances CofC (11-4-3) to the second round of the tournament where they will face tournament No. 1 seed Louisville at the Cardinal Park Track and Soccer Complex on Sunday, November 21st at 7 p.m.

For more on the big win, click over to the C of C Athletics page.

The College of Charleston men's soccer team becomes the first CofC program to ever host an NCAA Tournament event when the East Tennessee State University Buccaneers come to Patriots Point for the opening round of the 2010 NCAA Men's Soccer Championships today at 7 p.m.

The Cougars (10-4-3) became only the second team in Southern Conference history to ever receive an at-large bid to the tournament. The bid also means that this will be C of C's fifth all-time appearance in the NCAA Tournament.

The winner of Thursday's match will advance to the second round to face tournament No. 1 seed Louisville on Sunday, November 21st.

Tickets to Thursday's match will be available at the Patriots Point ticket office. Tickets will be $5 for the general public and $3 for all students.

For more on the upcoming matchup, head over to the College's official Athletics page.