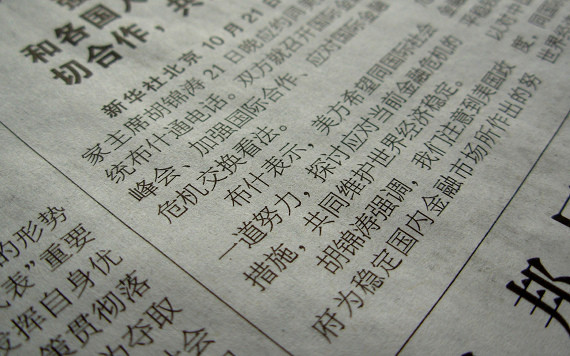 Believe it or not, only 10 public schools statewide teach Chinese - and that's a boost from just five years ago, when not a single public school in the state offered it.

In the Lowcountry, only two private schools, the University School of the Lowcountry in Mount Pleasant and the Cooper School in West Ashley are offering their students Mandarin.

So, what's up with the lack of language?

According to The Post and Courier, South Carolina schools are reluctant to start Chinese programs because they fear not being able to find a teacher, and budget cuts make it difficult to begin a new program when existing staff has been cut.

Chinese, the most spoken language in the world and a dominant language that drives the global marketplace, is a much needed addition to the area's schools.

The Post and Courier has more on the matter, as well as a breakdown of the number of the language courses taught in state.