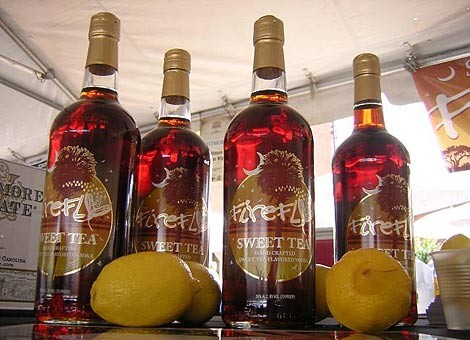 A press release reports that the "locally-produced Firefly Sweet Tea Vodka became the number one selling flavored vodka in South Carolina, surpassing the ever-popular Van Gogh Espresso Vodka and all other flavored vodkas." The vodka has been around for only a matter of weeks.

The liquor is an infusion of American Tea into the company's muscadine flavored vodka. The Seattle Times suggests trying "it over tonic with lemon or a sprig of mint for a down-home taste of the South."

The vodka runs about $18 for 750ml, and the company is rumored to be trying its hand at a Southern-brandy Vodka.