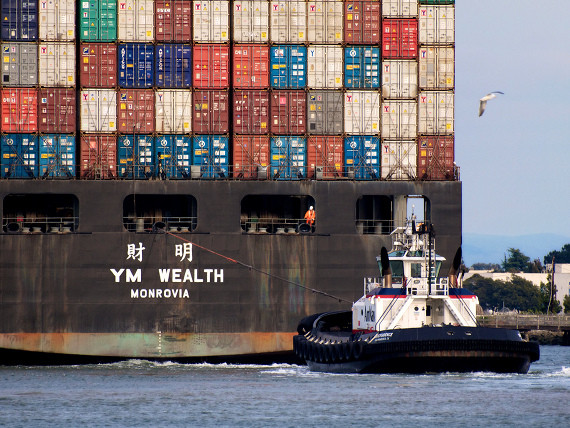 Business was good in South Carolina ports during the 2011 fiscal year,﻿ increasing across all areas.

South Carolina’s non-container cargo grew by 32.3%. Breakbulk tons in Charleston and Georgetown totaled 991,705 tons for the year, with growth in vehicles, project cargo, heavy lift, bulk and traditional breakbulk cargoes. (In September of 2010, the heavy lifting crane, Charleston Giant, had its certification raised to 1 million pounds at a time.)

“These results show the confidence our customers place in the Ports of Charleston and Georgetown, and it means jobs at a time we could really use them,” said Jim Newsome, president & CEO of the South Carolina Ports Authority (SCPA).

At a regular monthly Board meeting, Newsome highlighted other strategic accomplishments for the year, including:

The accelerated deployment of container ships too big for the Panama Canal, including four a week already in Charleston, underscores the national need for a true post-Panamax harbor in the Southeast region.

“Charleston’s deep water capability, combined with our capable facilities, talented people and aggressive capital program, will continue to drive growth and investment in this state and across the region,” said Newsome.

The news is welcome as the South Carolina port has struggled to keep up its edge during the economic downturn.