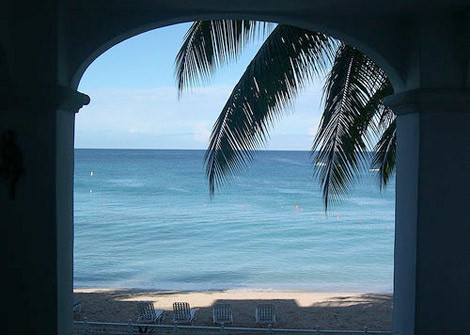 Image by Flickr user urbanshoregirlImage by 20080728barbados.jpg If you're looking for an escape this fall, the S.C. National Heritage Corridor could have a solution for you in Barbados, and you might learn some interesting things, too.

The South Carolina National Heritage Corridor is inviting the public to come along with them to Barbados this October as part of an ongoing effort to raise awareness of the historical links between the state and the island in the West Indies. That connection began here in Charleston, when English settlers stopped at Charles Towne Landing in 1670 with African slaves from Barbados.

The four-day heritage symposium will focus on the ties that still exist between the Caribbean island and the southeastern state. The visible connections between the two have grown over the past 338 years and are evident in South Carolina's culture, arts, food, architecture, language, agriculture, African American heritage and government structure.

The trip will include tours, speakers, and traveling workshops with visits to the George Washington House, St. Nicholas Abbey, Caribbean Art Gallery, and various gardens and churches. In addition, the rich local cuisine will be highlighted throughout the trip.

The cost of the trip is $850 plus lodging and leaves from the Hartsfield-Jackson Atlanta International Airport.

The Barbados trip is the final event of the Connection, a traveling art and history exhibit by the SCNHC that has been going around the state since December. If you're interested, check out the trip information packet and hotel reservation form.

From the Heritage Corridor:

The Connection was born out of a partnership developed between the Barbadian Tourism Ministry and the SCNHC to celebrate the historical and cultural connections between the Carolinas and Barbados.

The exhibit consists of over 70 pieces from South Carolina and Barbadian artists representing various media that reflect the similarities between South Carolina and Barbados in the fields of Agriculture, Horticulture, Arts, African American Heritage and Maritime Heritage. The piece shown to the left is by Barbadian artist, Neville Legall, and is titled Pride of the Village. In addition, the award winning piece entitled, Pirate Stede Bonnett, is by South Carolina artists Thomas Kelly Pauley and is shown to the right. These are just two of the pieces being showcased through the art exhibition.