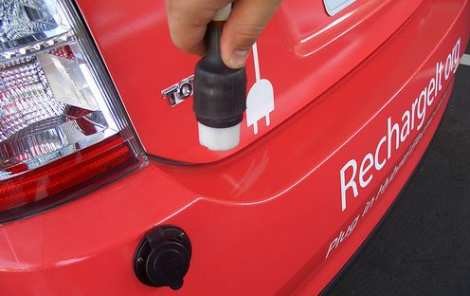 The plug-in hybrid is a new model of energy efficient vehicles that achieves 100 mpg, breaking the glass ceiling in petroleum conservation. The Charleston Regional Business Journal (CRBJ) discusses the long-term impact:
A study released in July by the Electric Power Research Institute and the Natural Resources Defense Council found that widespread use of plug-in hybrids in the United States could reduce greenhouse gas emissions by more than 450 million metric tons annually by 2050, which would be the equivalent of removing 82.5 million passenger cars from the road.

There are already cars and school buses in America that are using this technology before its release to the general public in a few years. Among others, SCE&G is sponsoring the new vehicle, and their prototype plug-in is already dazzling drivers on the road.

Isn't our substitute use of electric energy equally as damaging as petroleum consumption? The CRBJ simplifies this question:
'Since the cars would be charging primarily during off-peak power times, they would be using energy not already being used,' said Patricia Freshwater, public affairs coordinator for SCE&G. 'It wouldn’t increase the need for more electricity or increase the demand for generation.'

The Plug-in Hybrid Coalition of the Carolinas will present their establishment at the Southeastern Governmental Fleet Managers Association meeting in Myrtle Beach on Thursday, October 30, during which Poch will present his portfolio to the attendees, hoping for their participation.

For more information on this hot topic, head over to the The Charleston Regional Business Journal.

To learn how SCE&G is engaging their alternatives, check out the video at ABC News 4.