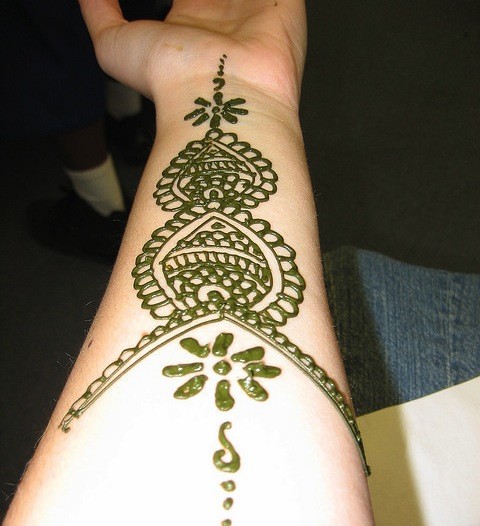 5:05 am on Wednesday April 11, 2012 | Posted by
Myrtle Beach cracking down on temporary tattoos (Update: Video, clarification)

Flickr user Sarah Mae
"Are your papers in order, sir?"

Update April 11th: WMBF News has updated their story about the temporary tattoo ordinance with video.

The video explains more in-depth about the new regulations, as henna tattoos could cause health issues due to allergic reactions, additionally; some henna tattoers use of cheap inks could cause the tattoo that should last for up to two weeks to rub off in just hours. Not all local henna tattoo places use the wrong inks and dyes, but enough apparently do.

Head on over to WMBF News to view their broadcast.

First Report April 10th: The city of Myrtle Beach unanimously passed the Temporary Tattoos Regulations Ordinance﻿ which aims to crackdown on the fake tattooing terror in the area.

The new ordinance makes temporary tattoo pushers divulge the full cost of a tattoo and permission from the parents or guardian of minors. These so called 'temporary' tattoos can last up to two whole weeks.

We're just glad that the city of Myrtle Beach has the courage to step up and take such bold action in finally doing something about this blight﻿ on society, hop on over to WMBF News for all the details.

For more information on what types of temporary tattoo that plague society hop on over to Yahoo!﻿