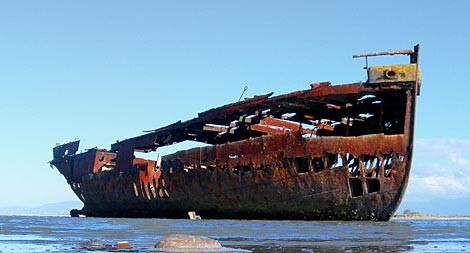 There's an insightful opinion piece over at The Charleston Regional Business Journal about how one of the biggest failures of the Port of Charleston may have been its failure to communicate why our newest residents should care about the port.

Read more stories on this subject in our port topic page.Here's part of it:

It appears the supporters of the maritime industries are in the minority, and the rest of the community ranges from being apathetic to wishing there was no port here at all. ...

Outright opposition to the port seems to be a recent phenomenon that occurred along with the explosive population growth that we have experienced. Coincidence? I don’t think so. I think the majority of people who moved here did so for lifestyle and don’t want ships, cranes and container traffic blocking their view.

This is where the port made a near-fatal error and has yet to recover. The State Ports Authority’s failure to accurately gauge public opinion and mount an effective public relations campaign before announcing the “Global Gateway” [link] not only lost the opportunity for new facilities on Daniel Island, it has put the Port of Charleston in a perpetual defensive posture. The Maersk issue is just another one of those birds coming home to roost. I’ll wager that if the port expansion on Daniel Island had gone through as first envisioned, the portfolio of ocean carriers would be different, and so would negotiations among Maersk, the SPA, and the International Longshoremen’s Association.

Seems to be a pretty acute assessment to me.

The author is Grady Johnson, publisher and CEO of SC Biz News -- which includes The Charleston Regional Business Journal.

Meanwhile, our state's lovely Legislature is already discussing ways to shake up who is on the port's board of directors and how they are selected. You can go read about that at The Post and Courier.