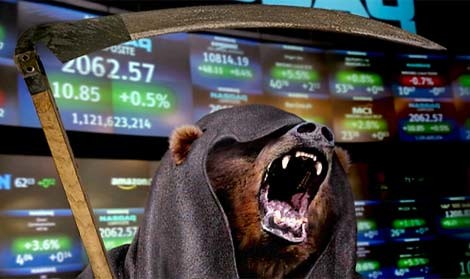 Image by Flickr user azrainmanImage by 20080817bearmarket.jpg It may be worse than a bear market for homes, but the state thinks commercial real estate is still a golden opportnity.

Though the South Carolina pension plan has been growing slower than neighboring states' plans, officials hope that their new ability to invest in real estate will give the plan a big boost.

The thinking is: Invest a very small portion of the plan in observed-to-be more resilient commercial real estate and the state could have a chance to benefit where a slump has hurt others.

The State covers the issue and says:
Even assuming foreclosure rates of 30 percent or losing half the value of the collateral behind its real estate securities, [chief investment officer of the South Carolina Retirement Systems Investment Commission Robert Borden] said, analysis shows the state should make money on its real estate investments, up to double-digit returns.

But the paper notes the state has had trouble in the past when it upped its stock market holdings.

There sounds like strong logic there, but it still seems like an absolutely maddening idea to me. Though, I'd love to proved wrong. And I'm sure the plan could help out some of the state's ailing real estate owners.

Head over to The State to figure out the how and why of the plan, and what securitized real estate investments are.