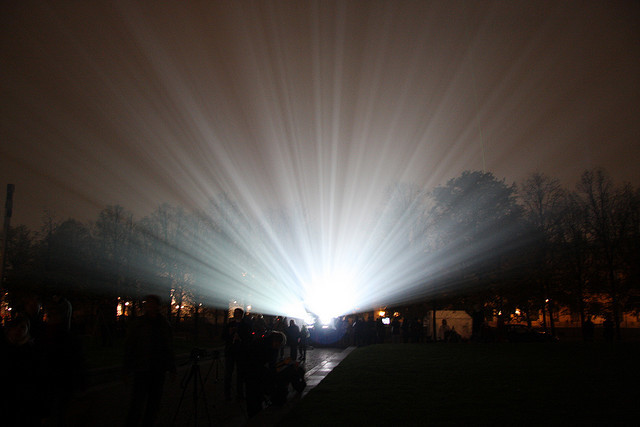 6:29 am on Monday February 28, 2011 | Posted by Ken Hawkins
You've seen the videos, now vote for you favorite Beaufort nonprofit

Update February 28: Well, the votes have been tallied and the winner's announced.

The Beaufort Fund of Coastal Community Foundation held the annual grant reception on Friday, February 18, 2011 where 57 nonprofit organizations in Beaufort, Colleton, Hampton, and Jasper Counties were awarded a total of $500,000 and recognized for their work.

The four top videos, as decided by the community, were shown at the reception and the winners were announced.

The Colleton County Library was voted the favorite video of the previous Beaufort Fund grantees. The Independence Fund/Lt. Dan Weekend was voted number one among the general nonprofits. Child Abuse Prevention Association (CAPA) took home second place among Beaufort Fund grantees while Hope Haven of the Lowcountry was voted the third favorite. A total of eight nonprofits participated in the inaugural competition.

Get connected to all the videos here.

Of the 57 nonprofit organizations that received awards, 18 received the final grant in a three-year grant cycle. The other 39 grantees received a one-year grant. The Beaufort Fund has been granting funds to deserving nonprofits for 13 years and, in those 13 years, $4.5 million has been awarded to help the communities in Beaufort, Colleton, Hampton, and Jasper Counties.

Edna Crews, Regional Vice President for the Community Foundation and staff liaison for The Beaufort Fund also made remarks concerning The Fund’s longevity and permanence in the community.  “The donor’s long-term intentions for the Beaufort Fund are being fulfilled.  One Advisory Committee member observed that each agency has a vision and is supported by hardworking staff and volunteers.  Because of the generous donations to the Beaufort Fund many possibilities are becoming realities in our communities.”

The reception also acted as a screening for the top videos in the Beaufort Fund Nonprofit Video Competition. To view all of the videos, please visit the Coastal Community Foundation YouTube Nonprofit Channel.

A special thanks goes to the following individuals and organizations who made the Beaufort Fund Grant Reception possible by their in-kind generosity, hard work, and guidance:

The City of Beaufort – Mayor Keyserling, Scott Dadson, City Manager and Ivette Burgess for the venue  - The Loft at City Hall

Amazing Event Rentals for the set up at the reception

Donna and Gary Lang, Beth Shaw of Breakwater Restaurant for the wonderful food

The Beaufort Fund accepts applications from any eligible nonprofit in Beaufort, Colleton, Hampton, or Jasper County each August.  Below is the list of nonprofit organizations who received the final installment of three-year grants followed by those receiving one-year grants.

Brief summaries on each of the recipient’s grant-funded project are available upon request.

First reporting: Now that you've see all eight video introductions of Beaufort-area nonprofits from the Beaufort Fund competition, now it's your chance to help decide which nonprofits deserve top honors.

The regional nonprofit with the most votes will receive a Flip video camera and the top three videos will be presented at The Beaufort Fund Grant Reception by the Coastal Community Foundation on February 18th from 5 to 7 p.m. at Beaufort City Hall.

Need a refresher? Click the links on the voting form or check out the archives.