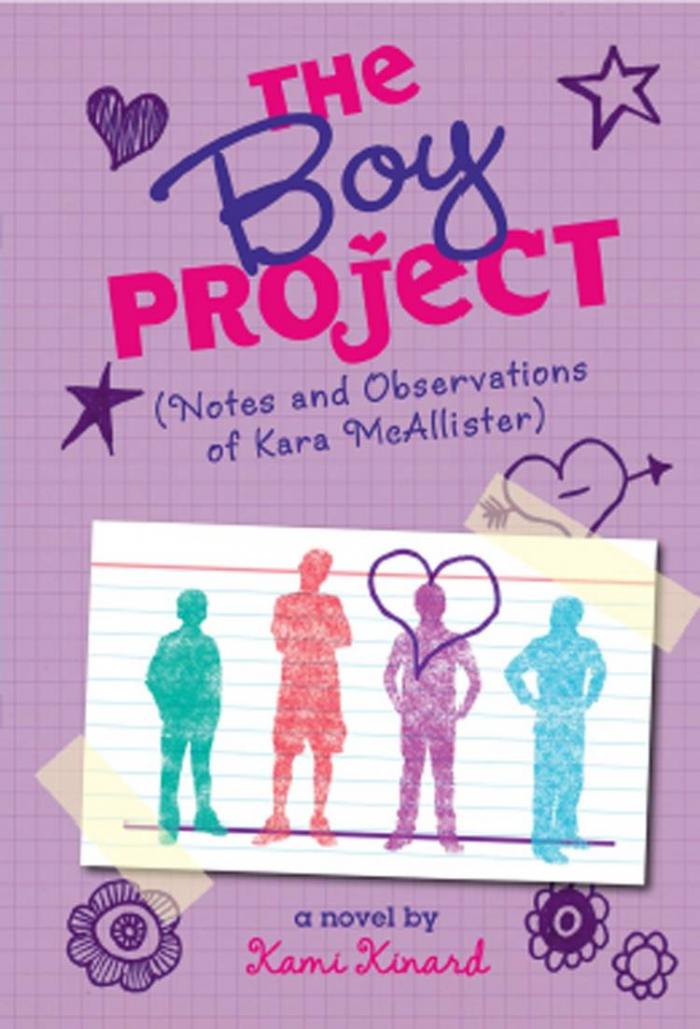 Update January 6: Just a quick update to note that The Island Packet caught up with author Kinard ahead of here book signing; check out the chat over here.

First reporting: On Tuesday, January 10, you can meet the author of "The Boy Project: Notes and Observations of Kara McAllister" at ArtWorks from 4 to 6:30 p.m.

Kami Kinard’s debut novel The Boy Project: Notes and Observations of Kara McAllister is a good-hearted look at the trials and tribulations of eighth-grader Kara McAllister who has one huge problem: Kara is the only person in her grade to have never had a boyfriend. Thirteen and wildly creative, Kara McAllister just had her best idea yet. Masked under the pretense of a social experient for the school science fair, Kara plans to take careful notes on all of the boys in her grade (and a few elsewhere) in order to answer a seemingly simple question: How can she get a boyfriend?

But, as luck would have it, Kara’s project turns out to be much more complicated than she anticipated. Soon there are secrets, lies, and an embarrassing incident in the boy's bathroom. Plus, Kara has to deal with mean girls, her slightly spacey BFF, and some surprising uses for duct tape. Still, if Kara’s research leads her to the right boy, everything may just be worth it...

Full of charts and graphs, heart and humor, this hilarious debut will resonate with tweens everywhere.

Kami Kinard enjoys writing about the boyfriend quest more than she enjoyed experiencing it. A teaching artist on the SC Arts Commission’s Roster of Approved Artists, she writes from Beaufort, South Carolina, where she lives with her husband and two children. You can visit her online at: www.kamikinard.com. ﻿﻿

ArtWorks is in Beaufort Town Center at 2127 Boundary Street.