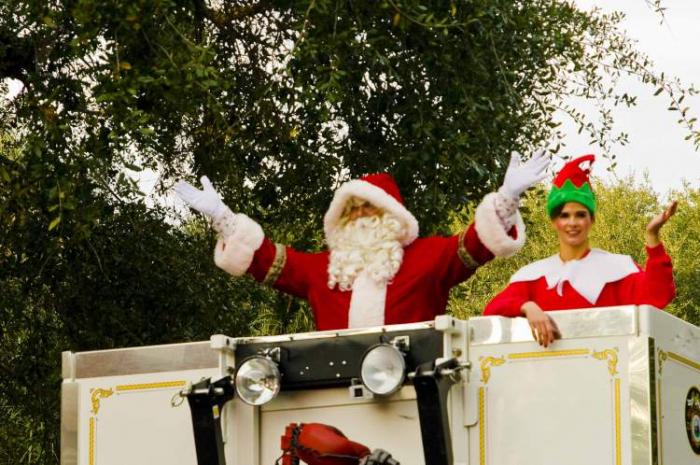 With the Thanksgiving turkey behind us it's time to look toward what's next, and that's Christmas.

With that comes a host of area events, but probably none as popular as this coming weekend's lineup, which includes:

We'll send you to Main Street Beaufort's website for the details.

And you can check out scenes from last year's Christmas Parade by clicking here.

Update December 3: As usual, Night on the Town was a smashing success.

"﻿What a wonderful 2011 Night on the Town. Large friendly crowd, sales generated for downtown businesses, outstanding performances, Santa, the tree lighting and a spectacular concert by the world renowned Marine Corps Band," wrote ﻿Beaufort Mayor Billy Keyserling. "Thank you sponsors and Mainstreet for organizing the event and those who joined us for a merry evening in the best hometown in the world."

The Island Packet has a traditional report, Captured Moments Photography has many photos, and WTOC 11 has a short video.

Tonight is the Light up the Night Boat Parade ﻿and Sunday is the Christmas Parade — followed up Monday by the start of the Festival of Trees﻿ on Monday.

Update December 4: Don't forget today at 3 p.m. is the Christmas parade. Also, The Island Packet has a couple photos from the boat parade.

Update December 5: There are a few photo albums online of the Christmas parade, but the better I've seen comes by way of Captured Moments Photography; check it out here and do note the pager at the top (yes, there are five pages of shots).