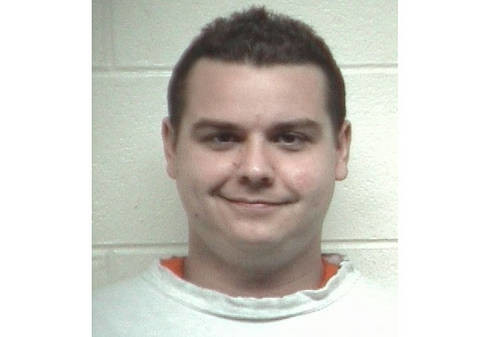 12:32 am on Wednesday March 14, 2012 | Posted by Ken Hawkins
In Bluffton tow truck slaying, a new test of the Castle Doctrine (Update: Appeals court)

There is an update to this story

Update March 14: At a hearing, Judge Markley Dennis, Jr. stood by his decision to deny an immunity request for the accused Preston Oates.

It now sounds that Oates' defense team plans to appeal to the South Carolina Court of Appeals, there is a 10 day window to do so.

Update March 13: The recent ruling that the fatal December 2010 shooting by Preston Oates was not protected by South Carolina's Castle Doctrine will be brought up again.

Attorneys representing Oates have filed a motion for Judge Markley Dennis, Jr. to reconsider his prior ruling that Oates is not immune from prosecution under South Carolina's Castle Doctrine. A hearing in front of Judge Dennis is scheduled for 10 a.m. today, March 13, at the Jasper County Courthouse in Ridgeland.

The decision will allow the case to head to trial — if Oates' defense doesn't ask for reconsideration within 10 days.

Multiple reports abound, but I find The Island Packet's to be better.

Update February 2: It's been a few months since Circuit Court Judge Markley Dennis, Jr. heard arguments in the trial that could set a new precedent for justified killings in self defense.

Now The Island Packet writes that the judge is expected to make an announcement in the next couple of weeks -- it could be a ruling, or it could be a request for more input.

Check out the Packet's report over here.

Update November 20: A pair of informative articles have been published by Bluffton Today.

The first is a fairly straightforward look and rehashing of the 911 call that the accused Oates made (read that here) the second deals with the expanded "Castle Doctrine" under the Protection of Persons and Property Act, and how the ruling in this case will likely set precedent, in part:

On occasions during the hearing, the judge talked about the applicable "Castle Doctrine" statute, the limited case law since it was adopted, and his interpretations of when it allows "lethal force" by a person protecting their home, business or "occupied vehicle."

He said the act also does not require any proof that a killing was done in self-defense, which would be an issue left for trial.

Instead, he said the Protection of Persons and Property Act presumes, "in the confines of the statute, that you have a right to take somebody's life," and it doesn't matter if they are armed. By law, he said, "you're presumed to be in fear of your life — that's how I read it — and you're entitled to act accordingly."

Read all the thoughts on that over here.

Update November 18: It will likely be almost a month before the judge rules if the "Castle Doctrine" applies.

Update November 17: The Oates manslaughter case is headed for a hearing today, at 9:30 a.m.

The expanded "Castle Doctrine" (details below) is still expected to be used in Oates' defense.

First reporting: The case of Preston Oates, charged with manslaughter in the Bluffton shooting of a man over a booted truck, continues to work its way to trial but a curious legal challenge has emerged.

In a nutshell, attorneys for Oates argue that the "Castle Doctrine," that oft allows for a permissible killing in defense of one's home, also should extend to Oates' action to shoot and kill Carlos Olivera to defend his property, the truck.

And that defense will invoke a 2006 South Carolina law that greatly expanded the places where such a defense could be invoked.

The Post and Courier has an excellent round out report: read it over here.