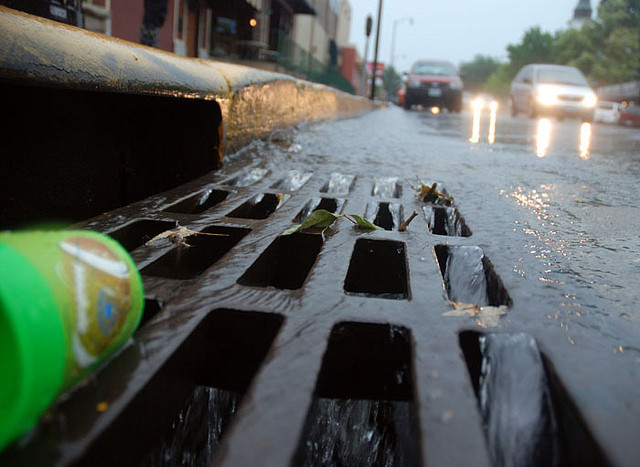 1:18 am on Wednesday May 11, 2011 | Posted by Ken Hawkins
Debate sprouts in fight against storm water runoff in Beaufort County (update: moves forward)

Update May 11: A footnote to mention that the ordinance has passed first reading.

You can read the full proposed regulation over here.

Update May 8: Three months later, the storm water runoff debate is gearing back up after moving through committee and finding itself as an agenda item for the Monday, May 9, Beaufort County Council meeting.

In a nutshell debate is the same as it was before: What fix is the effective fix, and just how much a fix would drive up the cost of home construction?

I'll shoot you over to The Island Packet for a lengthy bit of reporting on the debate.

Update February 2: Bluffton Today's Richard Brooks has a report from the meeting where the measure was tabled as the county works to investigate compatibility of the proposal with local municipalities.

At heart of the concern is shopping for annexation into municipalities that have leaner approaches than the county, also discussed was more of the science behind the matter.

Read the paper's report here and look for more on this matter in the near future.

Also, below in the comments Port Royal Town Manager Van Willis outlines some of the concerns muncipalities have about how the plan could encourage developing new land over infill.

At center is decreasing water quality in several southern Beaufort County areas and fault falling on water the comes from more developed areas bringing with it the contaminants of daily life and a dilution of the salt water as it slips into the marsh.

And the theory is this: Building house leads to more impervious surfaces (like roads) and that worsens water quality. So the answer proposed is to find methods to reduce what goes into the marsh.

But the debate comes in when the dollars are counted.

"We ought to protect our rivers, but houses are not the problem. With houses there are roads and the runoff are from the roads. Ditches along highways runoff into the waterways," said builder Allen Patterson at the January 6 meeting. "These text amendments will add $4,000 to $7,000 per new house. This will make it hard to build affordable houses for in-fill projects. He agrees it is important to address runoff. Where is the problem – homes or highways? He noted that the County complex and the City of Beaufort streets runoff into the waterways. This (the text amendments) is one solution, but we need to study other solutions."

In all, builders fear that the move is ill targeted and premature, and advocates say the bleeding has to stop now.

The meeting is Tuesday, February 1, at 2 p.m. in the executive conference room of the Beaufort County Administration Building. You can check out the agenda here and review the last meeting's discussion here.

You can also watch the meeting online.