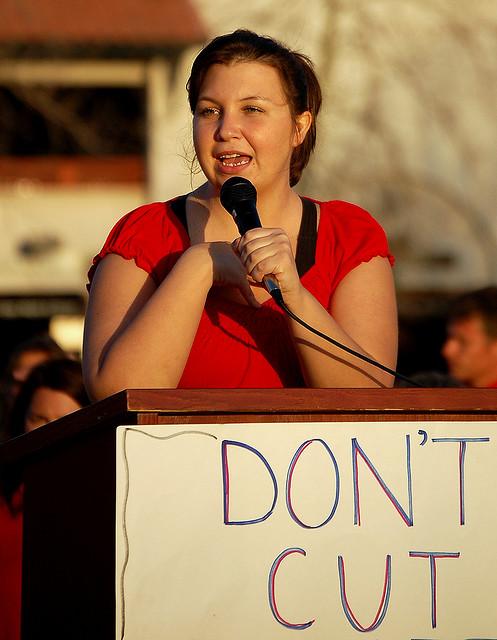 Update April 28: A shot update here to point you to the latest Island Packet report that sheds a lot of light on the council-administrator relationship, but most interestingly shows increasing support for job-related cost reductions.

Update April 27, a focus on jobs: The debate continues on towards the July 1 new budget deadline and few specific cuts have been outlined.

What is emerging however is a resistance to tap a some-$18 million reserve fund and discussion focussing on reduced services (details below) and now an openness to layoffs and reduced hours.

Head on over to The Island Packet's report for info on this page of the budget chapter.

Update April 18, no one's thrilled: As the July 1 new budget date draws closer various groups are expressing their distaste for a loss of services.

And one doesn't have to go far in a community to find a local unhappy at the prospect of shorter library hours, fewer community centers, or making it hard to ditch solid waste.

There's some chatter about this over at The Island Packet, read it here and get your dose of context for the forthcoming debate.

Update April 6, getting there: As the final day of County Council's three budget workshops drew to a close yesterday, members seemed to be agreed on some preliminary measures for this year's upcoming budget.

The Island Packet is reporting that County Council is preparing itself for less spending, none from their reserve funds, and no tax increases for such county operations as schools.

Head over here to read that coverage.

First reporting: A number of budget-cutting proposals were discussed by the Beaufort County Council in a meeting March 29, the cuts are projected to save the county about $800,000.

The proposal comes just in time as the County Council are bracing themselves for major losses to their budget; according to a memo sent by deputy county administrator Bryran Hill, the council's income is projected to be down 6.6 percent from 2012's numbers, leaving the total budget at $97.5 million.

Some of the more notable measures that would be taken include:

For more information on the possible cuts, check out the Packet's coverage.