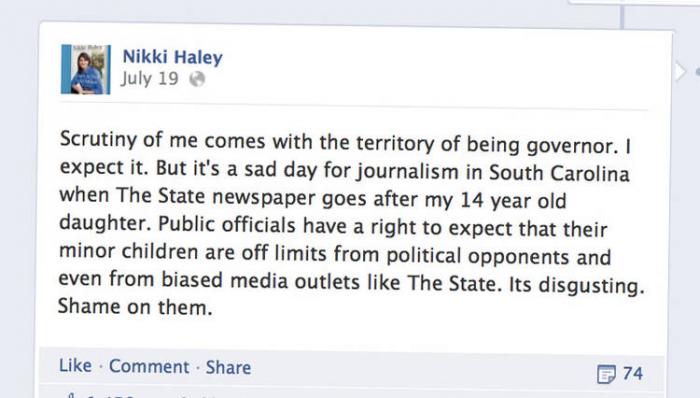 Political columnist Brad Warthen has done some solid reaction and pondering on this story, in part: