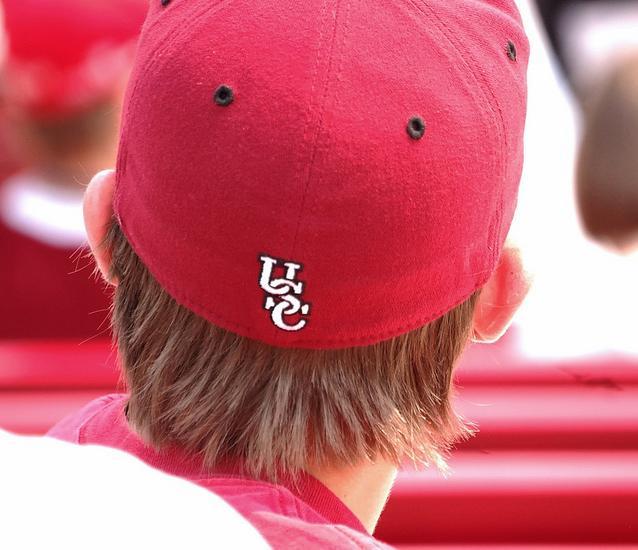 Update October 28: Well, it's been more than a year since the possible name change of the University of South Carolina Beaufort﻿ Beaufort was in the headlines and, surprise, that action is on hold.

The Island Packet's report details why, and when the discussion might resume; take a read here.

Update September 14, 2010:  Add Rep. Shannon Erickson to the growing list of officials chiming in on the proposed name change for USCB. Erickson doesn't like the idea. Read why here.

Update September 13: Spotted an article in Saturday's edition of The Island Packet about the name change and internal debate about it among the students; read that here.

Updated August 26: Looks like we weren't too far off on all of this talk about USCB potentially changing its name.

The Beaufort Gazette has a full rundown in today's paper, including word that university officials are holding meetings with leaders throughout the county to discuss the potential change. Read it here.

Updated August 24: Beaufort Mayor Billy Keyserling offered a bit more of an explanation for his support of the potential name change for USCB in his monthly column in The Beaufort Gazette; read it here.

First reporting August 16: Rumblings regarding the University of South Carolina Beaufort potentially changing its name again are popping up.

The Island Packet first reported discussion of the name change in March 2009.

Now, more than a year later, the possibility seems to have arisen again, or at least it's become fodder for the rumor mill and bloggers.

Beaufort Mayor Billy Keyserling last week blogged about the possibility of the name change and why he's generally in favor of it, saying in part:

I believe USCB has not been for many years the USC Beaufort many of us attended, and we should have the courage to face this reality and the vision to make it what it can be if we put our hearts minds and financial support behind it.

I could write pages about the reasons for the move south of the broad not the least of which was about $45 million in private investment that we in the northern part of the county never could have raised to create a four year school. This kind of investment was necessary for USCB to grow and become a four year institution.

That being said, I would prefer to focus on what we have and a strategy to take what is left on the north campus and find ways to regain the Beaufort identity and grow to once again become unique and very special.

My preference is that both campuses have unique names that fall under the umbrella of a regional institution (currently USCB) that will have a more universal name that stands out throughout the region, the state and the nation. I believe they are now working on that brand.

You can read his full blog post over here.

Still despite Keyserling's advocation of a name change, he couldn't offer confirmation if the university was actually considering or working on a name change.

So we gave USCB's Vice Chancellor for Advancement Lynn McGee a call.

And McGee told us they have in fact "floated the idea of getting a regional descriptive word."

She expressed the feeling of a need for a name  that would honor the fact that Jasper County has participated, and that the school is charged with Hampton and Colleton county services, and respect our area's unique sea island geography and history. But McGee cautioned that school has "not invested a penny" in changing the name and that the idea is only "informal conversations" at this point and there's very much an interest in getting the public's opinions.

Interestingly, McGee added that while many schools have been adding words like "coastal" to make them seem more unique and lively, there are only a couple colleges on the East Coast that have been able to use the word "island," and that the Sea Islands designator is one that unifies the region and exemplifies our rich history.

McGee also said that the university is far from abandoning Beaufort, and is "spending a lot of money to build in Beaufort" and is looking for community support moving the Beaufort campus forward in an arts and environmental direction.