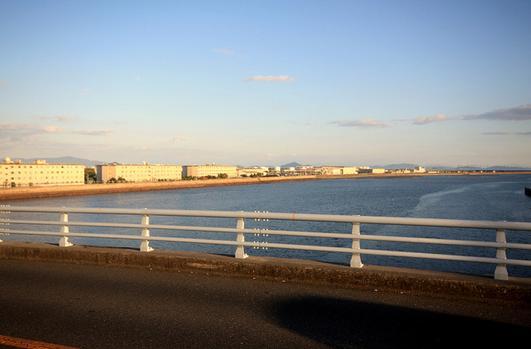 Updated March 14: A Marine Corps journalist out of a Japan has a direct report from Iwakuni on what's being done to help with the recovery effort after the quake.

The report is a bit technical, but it does give you a feel for what's going on there.

The humaintarian effort by the U.S. military has been named Tomodachi, which means “friends” in Japanese.

You can read the report here.

Updated March 12: The Department of Defense's Facebook page has posted some photos of U.S. crews in Singapore readying to assist the emergency efforts in Japan.

You can take a look at the photos by clicking here. You don't need to have a Facebook account in order to view them.

1:30 update: Stars and Stripes has a nice report out of Japan on the impact of the quake on the U.S. military's presence there.

There are in fact some 86,000 U.S. servicemembers, civilian workers and related family in the Japan. As we said, and Stars and Stripes confirms, all are safe.

Give the Stars and Stripes report, which is much more indepth than what we've posted previously, a read here.

The Charlotte Oberver also has the first stateside report we've seen from Carolina residents worried about their friends and family members overseas. You can give that a read here.

Noon update: The Department of Defense has released an official statement that all military personnel stationed in Japan are accounted for. Additionally there has been no reported damage to military facilities.

We'll send you to The Associated Press' brief writeup here.

Additionally, the DOD's website has a post stating that U.S. military in the region are quickly assessing the situation and ramping up to assist in any way possible.

Reported March 11: From what we hear MCAS Iwakuni, which is currently home to MCAS Beaufort's Marine All Weather Fighter Attack Squadron 533 (The Hawks), was not impacted by the massive earthquake that hit Japan while most of us slept.

According to several Facebook posts made by people and groups associated with MCAS Iwakuni the base was not impacted and those stationed on it are safe.

A spokesman with MCAS Beaufort could not confirm that Iwakuni had not been impacted when contacted this morning.

As you can see from this map the base is a good distance southwest from the center of where the quake struck.

We'll keep you up to date with anything we hear coming out of Iwakuni, as we expect some of the Marines could become involved in the recovery efforts.