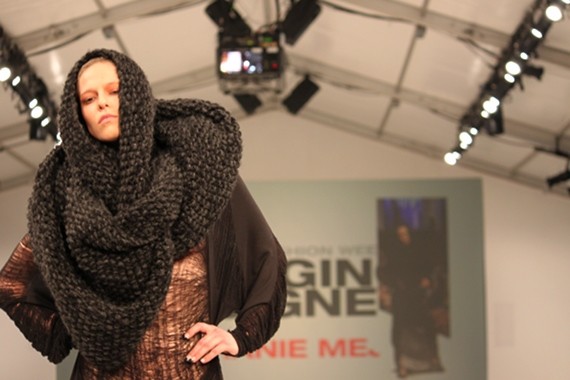 Update December 16: Organizers of Charleston Fashion Week have released the names of the Emerging Designer Competition: East semifinalists to compete during the 2012 fashion event. Representing 8 states, the talented designers will debut their Fall collections as part of the March 20-24th event which showcases fashion designers, models, and entertainment.

This year's fashion week is slated for five nights, March 20-24.

You can learn more and apply online.

Here are some more details from the press release:

Past CFW Emerging Designer finalists who have gone on to be featured in Elle, Vogue, Marie Claire, WWD, and Sports Illustrated Swimsuit Edition include; Marysia Dobrzanska Reeves, Carol Hannah Whitfield, Larika Page, and most recently isobel & cleo designer Charlotte Hess. Hess, who wooed audiences and judges alike with her undeniable talent, admits the competition was a pivotal shift in her career, “CFW provided me with an incredible platform to showcase my work to a massive audience. It was an extraordinary experience, from the selection process to my final win. I couldn't imagine a more nurturing group of people to guide me into the fashion industry. I know I will continue to collaborate with the extremely talented artists, media, and producers that I met that week. The entire event was a phenomenal adventure unlike anything I've ever participated in.”