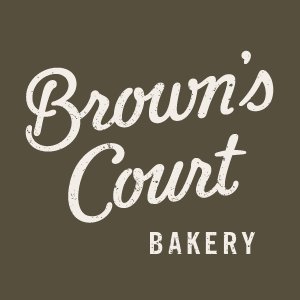 Image by Brown's Court Bakery They'll be baking up more than one type of croissant.

Updates are at the bottom:

Regular readers will recall how when Hope & Union coffee exited 199 St. Philip Street, word was a bakery was due to take up residence.

That word was spot on.

Brown's Court Bakery is now open and is slated for a grand opening on Saturday, December 1, with free samples and cups of coffee.

While the coffee is being served up fresh by the in house baristas, don't expect the same high end pour overs that Hope & Union brought, however you can expect many more baked goods.

There's rumbles on Twitter of Brown's working on gluten free items, too.

As for Hope & Union, the new successor is now open: Collective Coffee Co. in Mt. Pleasant.

The new bakeshop truly is a gem. Even if you're still reeling over the loss of Hope & Union, Brown's Court is worth the trip. Brown's Court serves up fresh bread, pasteries, coffee and other goodies including a delicious collaboration they've begun with The Green Door. It involves a homemade Hawaiian roll stuffed with bacon chutney, thai chili pimento cheese and kimchi and is mind-bogglingly good.

Hop over to the Charleston City Paper's post to check out Barna's thoughts as well as photos of some of the carb-tastic offerings.