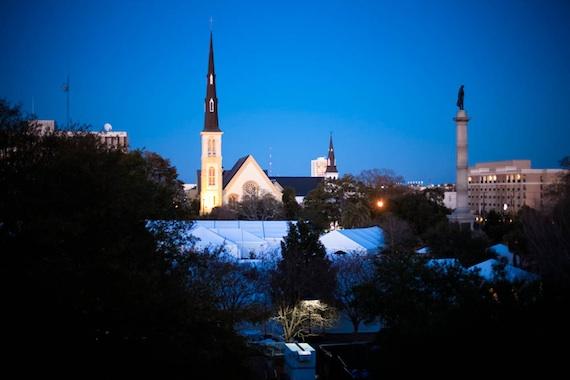 As a precursor to this year's Charleston Wine + Food Festival, Southern Foodways Alliance is giving a sneak preview of its documentary, "Pride & Joy," at the American Theatre on Wednesday, February 27 at 5:30 p.m.

The film, directed by Joe York and produced by SFA Director John T. Edge, details many ins-and-outs of Southern food culture and tradition. It features 20 different culinary artists, farmers and artisans, all of whom actively sustain regional food conventions. There will be a Q&A following the screening with both the director and the producer in attendance.

In regard to the cultural relevance of the film, Edge said,

“This is the first film that we’ve attempted that serves as a kind of census of southern foodways in this moment. There is a lot of emphasis on reviving our Southern past. What this film attempts to do is say, ‘Appreciate this Southern present.’ ”

"Pride & Joy" is also a headlining ticket package for Charleston Wine + Food Festival. The entire package, which includes admittance to the film screening as well as several festival events, is $600 and purchasing information is available here. Tickets to the movie alone are $100 each and can be found here, along with additional ticket information for the rest of the Wine + Food Festival.

For more about the SFA's new partnership with Charleston Wine + Food Festival and "Pride & Joy," check out this article from The Post and Courier.