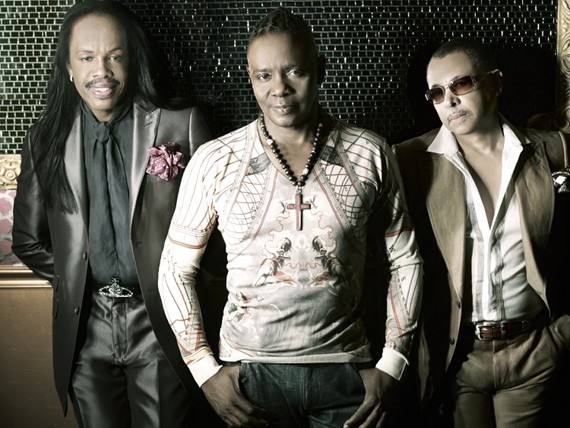 Update March 30: Read to go your funk on? Tickets to the June 26th Earth, Wind and Fire show go on sale today at 10 a.m.

Here's a link to Ticketmaster, and posted below, a little something for your Friday:

Earth, Wind and Fire will perform with the North Charleston Pops Orchestra. Opening the show will be the Charleston’s own The Explorer’s Club.

“After 40 years, North Charleston has grown into a thriving city, bustling with business and prime for young families and professionals. To mark the advancements we have made, we are going first class in our 40th anniversary celebration. Both born of the 70s, the City of North Charleston and Earth, Wind, and Fire, we will be celebrating together with an exciting evening of shear entertainment combined with exceptional musicianship,” said City of North Charleston Mayor Keith Summey.

Reserved seat tickets for the show go on sale Friday, March 30th at 10 a.m. at the Coliseum Advance Ticket Office, Ticketmaster outlets (including select Publix stores), online at Ticketmaster.com or charge by phone at (800) 745-3000. Tickets are priced at $45 and $25 (plus applicable fees). A limited number of Gold Circle seats will be available.

ShowBox for Android is the best way to feel some real time while having some cup of tea/coffee with a lot of movies loaded on it already. So keep loving this movies app for long lasting entertainment to you and your family.