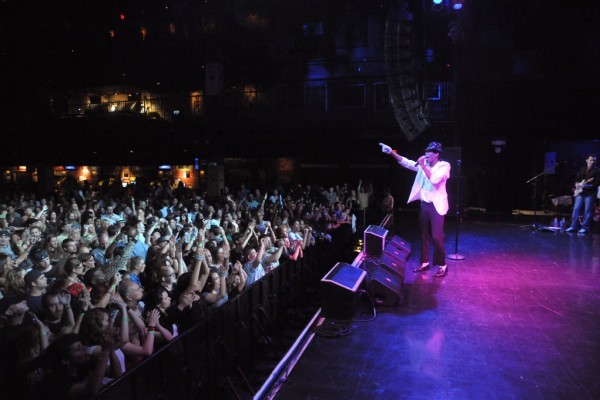 Update April 12th: On Friday, April 13th Who's Bad: The Ultimate Michael Jackson Tribute Band will be performing at the House of Blues at Barefoot Landing.

Tickets are still available online and or day of the show. Read our first report below for all the details.

First Report February 24th: If you're a child of the 80's and love pop music, then only one name comes to mind: Michael Jackson.

Who's Bad: The Ultimate Michael Jackson Tribute Band will be performing at the House of Blues in North Myrtle Beach on Friday, April 13, 2012. There have been dozens of tribute shows and impersonators who have popped up to capitalize since Jackson's death in 2009. However, Who's Bad isn't one of them. They have been around since 2004:

Who’s Bad mesmerized a standing-room only gathering of friends and pop music lovers at a small nightclub in Chapel Hill, North Carolina. They have since played over 700 shows in numerous countries and now boast the title, “The Ultimate Michael Jackson Tribute Band.” Their live performance is a jaw-dropping musical extravaganza that pulls from 3 ½ hours of Michael Jackson’s catalogue and spans four decades of Michael Jackson’s extraordinary music career.

They’ve shared the stage with some of pop music’s biggest acts including The Four Tops, Boys II Men, and The Backstreet Boys [...] Michael Jackson’s longtime friend and manager Frank DiLeo, who, after catching Who’s Bad’s concert in Nashville, TN said, “The show was great… Michael would have been proud!” Such accolades have earned Who’s Bad an invitation to play London’s O2 in December of 2010, the venue where the King of Pop was slated to end his career with a 50-show “This Is It” concert series before meeting his untimely demise.﻿﻿

While their performance at the House of Blues is nearly two month out, tickets to the show go on sale today for $20 and $23 on the day of the show.