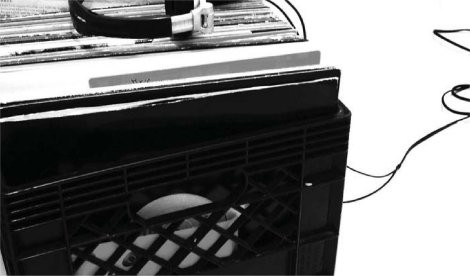 On the first Saturday of every month for the last year, Charleston's only video turntablist crew "The Spaced Invaders" has broken out some big toys to draw crowds to their monthly party, "The Stone Groove." Setting up 15 foot projection screens and massive sound systems powered by turntable controlled laptops has drawn both good and bad attention to the party, easily visible (and audible) from Folly Road.

With the new positive energy flowing through the country, they've decided for 2009 its time to use their fan base and unique geek-chic style to benefit a different charity every month – beginning this month with The Trident Area Shaw Unit Boys & Girls Club of America, who has been receiving a lack of funds do to the current financial state of the economy.

Attendees are treated to something very special, a wild visual display of classic music videos, remixed and scratched movies with just plain silly antics combined with the 60's and 70's soul songs that were used to create the 90's hip hop sound that is so rarely heard today. "I looked up to see 50 people staring at the huge screen, nodding their heads with the music" states VJ Scrunchyface Flatbroke, one of the Spaced Invaders. "It was the same mesmerizing look you see when you put a toddler in front of a TV!"

“The Stone Groove party at the Daily Dose is like partying with your closest friends in another friends’ back yard…Just with giant video screens and some good mood food,” says, VJ Sonar, another member of the Spaced Invaders. “Now teaming up with local charities, we have something people can look forward to going to, have a good time, and feel good about giving back to the community. It’s really a party with a purpose.”