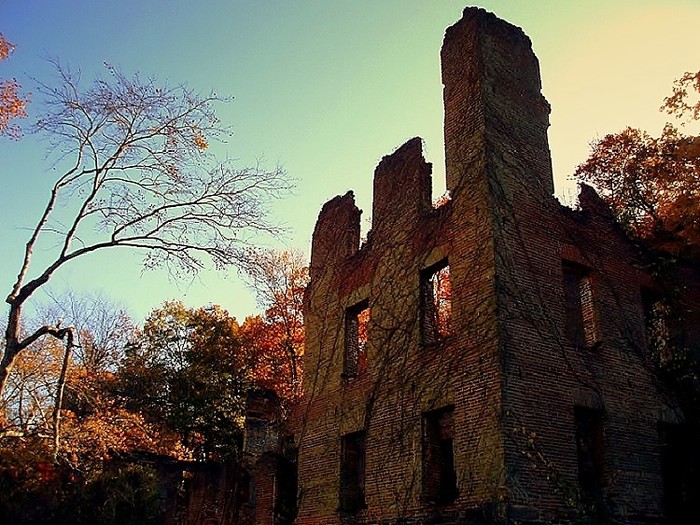 “I repeat my orders to you that you arrest all people male and female connected with those factories, no matter what the clamor and let them foot it, under guard to Marietta, whence I will send them by [railroad] cars to the North.” William Sherman, Major-General

The Civil War was raging. General Sherman had begun a scorched earth policy of destroying industry and civilian property in hopes of breaking the will of the South. Homes were targeted. Sherman believed that terrorizing civilians was the best way to destroy the South’s morale and ability to wage war.

It was a dark period in our history; slaves were bought and sold and families separated. We were not long out of arresting Native Americans at gun point and forcing them out West. Almost anything could be justified with enough power and weapons.

When Union troops arrived in Roswell, Georgia, in 1864; General Garrard, under orders from Sherman, destroyed the operating textile mills. The mills, though attempting to appear neutral by flying the French flag, were making uniform material for the Confederacy. Sherman ordered everyone connected with the mill arrested and charged with treason. As the Factory owners had already fled to safer havens, it was the 400 millworkers, mostly women, who were arrested and transported to Kentucky and Indiana. A similar fate befell approximately 300 millworkers of the neighboring Manchester Mill on Sweetwater Creek. Arrested women workers were allowed to bring their children. Male workers arrested were mostly too young or too old to fight in the war.

Even the Northern newspapers were outraged, “… all for the offense of weaving tent-cloth,” wrote one correspondent. Indiana’s “New Albany ledger” wrote sympathetically of the refugees’ plight; describing them as “thinly clad,” living in “hovels,” with some dying from starvation or exposure.

This incident was never fully researched until Michael Hitt wrote, “Charged with Treason: Ordeal of 400 mill workers during military operations in Roswell, Georgia, 1864-1865.” Gordon talked with author Michael Hitt, a police officer in Roswell. Michael thought Sherman feared that the skilled workers would shift to other factories, if not transported and charged with treason.

Mary Petite’s book, “The Women will Howl,” gives an account of the workers fate. Some died of freezing and starvation on the banks of the Ohio River; many gave children up for adoption to keep them from starving. Requests by local agencies for assistance from the Federal government were denied. Requests for seed for starving women and children to plant gardens were denied. The lucky ones did obtain jobs in factories and some made it back to Georgia. Once back in Georgia, however, some were denied work in Roswell as factory owners blamed them for not defending the mills against Union troops. Many workers, unable to return, stayed in the Northeast.

Why was this story lost in history? Hitt points out that the workers were illiterate and did not keep diaries or write letters. The women and children, along with a few men, could not present their case. Michael Hitt worked for ten years to find the truth.

Thanks to Michael Hitt’s research and that of Mary Petite and others, the story of the millworkers has been brought to light. A monument in the workers honor has been erected in Roswell. The Sweetwater Creek State Conservation Park Visitors Center and the museum in Lithia Springs, Georgia help tell the tragic history of the Manchester Mill workers.

Michael Hitt told us there were no movie plans yet, but he thought that the stories of transported factory workers charged with treason for making cloth were compelling. We all agreed it would make a haunting movie. As with many tragedies, resilience of the human spirit prevailed and workers and children made the best of the situation. Most workers survived in spite of abuse, imprisonment, being thrown out on the streets, freezing weather, lack of shelter and starvation in a location far, far from home.

Dr. Gordon Mercer is past president and on the Board of Trustees of Pi Gamma Mu International Honor Society and professor emeritus at Western Carolina University. Marcia Gaines Mercer is a published author and columnist. They were married in Charleston and have a place in nearby Garden City.