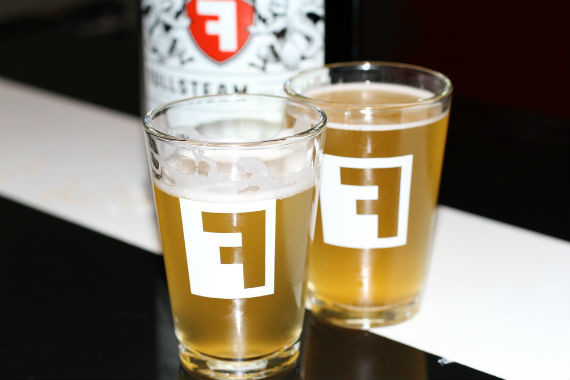 10:42 am on Saturday February 11, 2012 | Posted by Katrina Robinson
Fullsteam hires 'foragers' to bring in beer ingredients

Fullsteam Brewing has been in business only a year and a half, and it's already become quite the successful microbrewery.

The Durham-based brewery takes "going local" to the next level by hiring area "foragers", who harvest various locally-grown ingredients to go into the brews. One of Fullsteam's most recent Forager beers is the First Frost winter ale, a strong ale flavored with persimmons from Chatham County.

Fullsteam's current selection of beers includes lagers and ales made with ingredients including basil, kudzu, sweet potatoes, persimmons, grits, and more. And all of these extra veggies, fruits, and botanicals are locally grown.

And Fullsteam is reaching out to Charleston's own local breweries such as COAST Brewing. While Fullsteam beers aren't currently available in our area, they're scheduled to arrive to the Lowcountry this summer.

Additionally, Fullsteam will be represented at Brewvival, which is coming to North Charleston on February 25th.

For more information about Fullsteam Brewery, head over to the Charleston City Paper's article here.