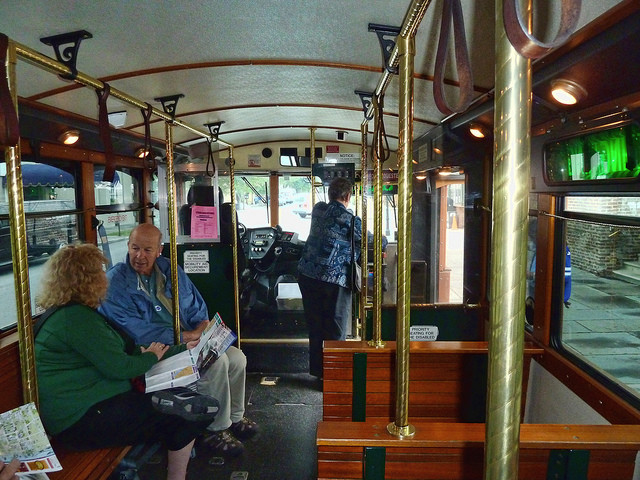 Update January 7, expanding: The route for the free trolley on King Street will extend to Spring Street.

The new route will include 3 new bus stops, which are located at: King at Morris, King at Ann and King at John.

The new stops start Monday. A map of the current free routes is below.

Update, November 20, wide net: All the attention has focused on the free route running around the core King and Market streets area, but there's actually two more DASH routes that are now free.

Route 210 that runs east-west from the Aquarium to the College of Charleston area, and Route 213 that heads down Calhoun and up to the ball park and back down Cannon (a map is below.)

While this news first came off as great for area shoppers, it'll also be agreat boon for those of us that want to get around downtown without a car.

Just in time for the holiday shopping season.

We still need confirmation that the proposed route stands, but it's expected to run from Upper King Street to Broad Street, turn left on East Bay Street and then head back up Market Street and then shoot up Meeting Street. Need a visual? Take a look here. (Currently that's basically the CARTA Route 211 DASH service that's being turned into the free service.)

Funding for the service comes from the City of Charleston, SC Ports Authority, and the Charleston Convention and Visitors Bureau -- there is no cost to CARTA.

Earlier estimates pegged the services cost at $416,000 per year.

The idea for the service first surfaced back in late September.

In somewhat related news, CARTA (who, once again, is not paying to make the service free) had to cut several area services this year to make up for a $1 million budget shortfall.

See the full PDF of the map here.