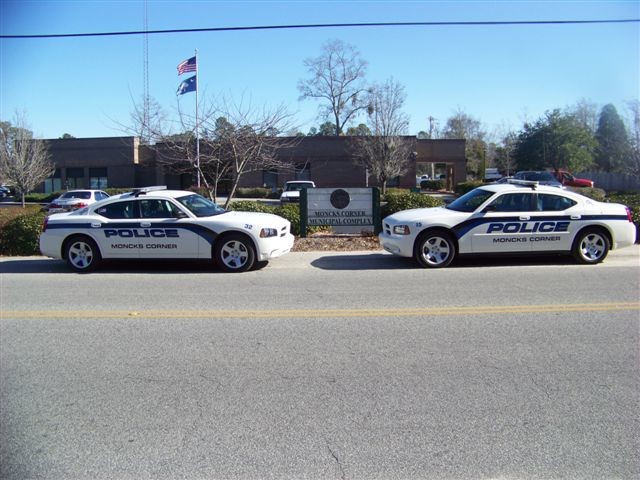 2:58 am on Thursday September 23, 2010 | Posted by Amanda Click
Moncks Corner cop out of a job over Facebook photos (update)

Image by Moncks Corner Police Department The cruiser type in the photo.`

For those still following, The Post and Courier has followed up with a longer report on why the one officer is out of job and why a sheriff's deputy posing on the car isn't fired; read it here.

Also, Live 5 News has posted several more of the photos and a good video about the job loss.

A Moncks Corner police officer is out of a job thanks to good old Facebook.

The Moncks Corner Police Department says the photograph is in direct violation of the rules governing the use, and in this case, misuse of take-home cruisers.

There aren't any photographs attached to the post, however, you can hop over to The Post and Courier and read it in it's entirety.