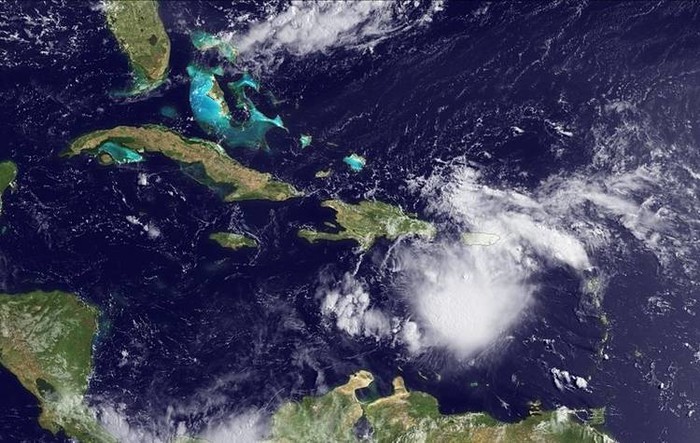 Image by NOAA Tropical Storm Emily as seen on August 3 — the storm is expected to be one of many this season.

After first estimating 12 to 18 named storms﻿ for the 2011 Atlantic hurricane season, NOAA﻿ is upping the estimate.

NOAA issued the updated season outlook on Thursday, moving the count to 14-19 named storms, and the expected number of hurricanes has increased from 6-10 in May to 7-10.

“The atmosphere and Atlantic Ocean are primed for high hurricane activity during August through October,” said Gerry Bell, Ph.D., lead seasonal hurricane forecaster at the Climate Prediction Center.  “Storms through October will form more frequently and become more intense than we’ve seen so far this season.”

Key climate factors predicted in May continue to support an active season. These include: the tropical multi-decadal signal, which since 1995 has brought favorable ocean and atmospheric conditions, leading to more active seasons; exceptionally warm Atlantic Ocean temperatures (the third warmest on record); and the possible redevelopment of La Niña. Reduced vertical wind shear and lower air pressure across the tropical Atlantic also favor an active season.

These ranges are indicative of an active season, and extend well above the long-term seasonal averages of 11 named storms, six hurricanes, and two major hurricanes.

The Atlantic basin has already produced five tropical storms this season: Arlene, Bret, Cindy, Don, and Emily. All eyes this week are on Emily, which recently devolved and may reform.

"It is still early in this hurricane season and we know it can take only one storm to devastate communities and families," said FEMA Deputy Administrator Rich Serino. "Many disasters come without warning, but that’s not the case with hurricanes. This is hurricane season; if you haven't already, now is the time to take a few simple steps to get you and your family prepared. Anyone can visit www.ready.gov to learn more."