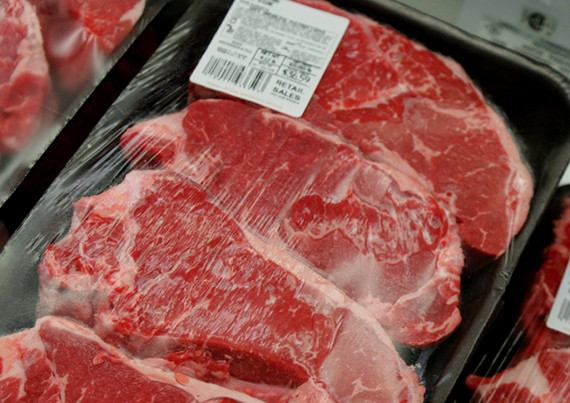 2:37 am on Tuesday March 8, 2011 | Posted by Ken Hawkins
MUSC scientists are creating an animal-less meat (update: part ways for good)

The Post and Courier has a short report with scant little information in what may well be the last we hear of this issues; read that here.

If you're just tuning in, scroll through the past reports below to get debriefed.

Update March 5, deadline passes: A Friday deadline from MUSC to settle has come and gone.

I'll point you to a brief at The Post and Courier; read it here. Note the bit at the bottom from a MUSC spokesperson about the termination being not connected to Mironov's work, it's the fist time I've seen that in a report.

Update March 1, few details: Another report is out from The Post and Courier. Details on why Dr. Mironov was forced out are still sparse but the one thing that is quite clear is that MUSC is very interested in keeping things quiet.

Read the paper's report here — it also sounds like there is an allegation of a misappropriated $20 million grant. That claim was levied by Mironov.

Update February 18: More reporting, more details, but few answers. The Post and Courier has followed up and gives more information about recent actions but the cause behind the dispute is still not public; read the update here.

ABC News 4 posted a brief that is notable for its archive video about the project and its potential benefits; watch here.

Update February 17: A "series of issues" of "unacceptable behavior" has lead to the indefinite suspension of MUSC's leading scientist working on the in-vitro meat project caused a hasty closure of the team's laboratory.

A letter from the dean of the College of Medicine state that the reason for the suspension is that Dr. Mironov is under investigation for "unacceptable behavior which I feel violates the expectations of conduct as enumerated in the MUSC Faculty Manual."

The Post and Courier has the whole story; read it here

First reporting: A team of scientists at the Medical University of South Carolina are growing meat.

The process could kiss animal slaughtering goodbye. The scientists are growing in vitro or meat - just the tasty bits without the rest of the animal. Naturally, People for the Ethical Treatment of Animals have jumped on board and are helping back the project.

The Post and Courier has the article on MUSC's quest to grow cultured meat; read it here.