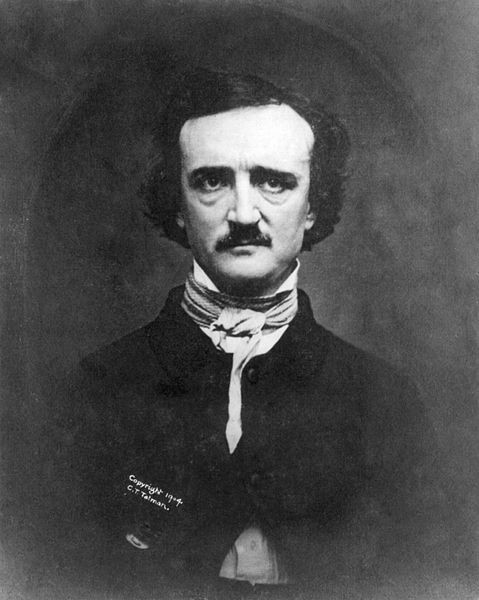 Author and poet, Edgar Allan Poe, was stationed in the U. S. Army at Fort Moultrie on Sullivan’s Island under the name of Edgar A. Perry from1827-1828. His time there provided the setting for several of his stories including, “The Oblong Box,” “The Gold Bug” and “The Balloon Hoax.” Many think the South Carolina coast provided the setting for his best known poem, “Annabelle Lee,” in which love becomes more than love… in a setting by the sea.

Could Poe be right in his earlier quote, since we are the age of cool? “Don’t let them see you sweat,” we are advised. A person under great pressure often minimizes the situation with a casual, “hey, no sweat!”  Someone laboring with difficult circumstances is said to be, “sweating it out.” Sweating has a negative reputation. Ladies, in particular, never sweat. They ‘perspire,’ if the ghastly phenomenon be mentioned at all. We spend lots of money each year on the latest formulas in deodorants, powders and antiperspirants. Experts advise we are blocking a healthy body response to pressure, advice we ignore completely. With most of the population intent on turning off the sweat switch, we wondered, is it a ‘good switch’ or a ‘bad switch’?

Sweating is our body’s way of regulating body temperature. Sweat helps us maintain healthy skin through release of wastes and toxins. We think of sweat as related to exercise or strenuous activity. Physicians advise us that the greatest threat to our health is to become sedentary. According to the American Heart Association, exercise helps prevent coronary heart disease, control obesity and can keep us from developing diabetes. Exercise, the stuff that makes us sweat, is the path to a life of health.

A second cause of sweat is being under pressure. This is not usually fun but a meaningful life is usually one of accomplishment, successfully solving problems, and completing projects to reach goals in life. Edgar Allan Poe, a literary genius, was editor of many literary journals and getting them out on time as well as producing his own stream of poems and literature meant pressure and deadlines. His outstanding body of literature set a high standard for modern writers and readers.

Gordon remembers once sweating it out on his first Western Carolina University Public Policy Institute summit on terrorism preparedness. It was in 1999, before 9/11, and Will Annarino, then Chief of Police with the City of Asheville, Chancellor John Bardo and others knew our nation needed to begin to prepare. The alliance included Governor Jim Hunt and some members of the U. S. Congress. The pressure was on. The day arrived and all went smoothly with over 500 leaders and speakers attending and learning about the nation’s latest threat.  Would life be worthwhile without sweating it out on our goals, missions and projects?

A third arena in which we sweat involves deadlines. Pressure builds on activities such as preparing a talk or even (ugh!), finishing up our taxes, work related activity or any event that must be completed on time. Newspaper printing deadlines, especially, are crunch time.  Assignments are made and reporters gather news and attend meetings. Editorials are written and advertisements are gathered. Paper layout is a major problem, as writers and advertisers want prime space. Gaps in news must be filled. Editors and publishers try to keep their tempers in check, as deadlines near and reporters have not finished projects. At press time, it is all worth it because of the public’s right and need to know. Newspapers help us create a community of shared experiences. Newspapers help provide guidance in policy matters and encourage openness in government by encouraging leaders to stay ever in tune with the public and public interest. They enable citizens to express opinions in letters to the editor.

We give Edgar Allan Poe a thumbs up on this quote. Sweat is a good thing, especially if followed by a long, refreshing shower.

Gordon Mercer is past president and on the Board of Trustees of Pi Gamma Mu International Honor Society and professor emeritus at Western Carolina University. Marcia Gaines Mercer is a published author and columnist. They love Charleston and have a place in nearby Garden City.

The post about Quotes-Edgar Allan Poe shared here on the p[age proved to be a really good and useful one. I am really happy that the site shares such interesting and informative posts on persons. Keep up the good work guys directv packages