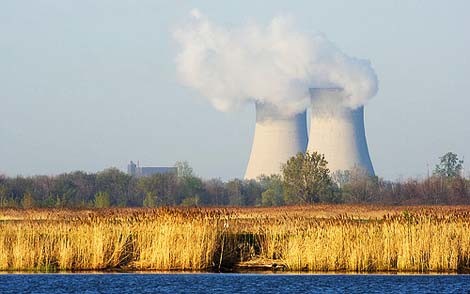 SCE&G was lambasted by opponents on the first day of state hearings to approve a $9.8 billion plan to build to new nuclear reactors 20 miles northwest of Columbia.

Read more stories on this subject in our nuclear energy topic page.Opponents of the plan decried it for many reasons: Some were angry that there is no plan to deal with highly toxic nuclear waste, and other said the state should do more to promote wind and solar, as well as conservation.

This New York Times piece from 2007 highlights the issue in an interesting way, in regards to the Three Mile Island nuclear accident and the concepts of risk and uncertainty:
Although some radiation was released, there was no meltdown through to the other side of the Earth — no “China syndrome” — nor, in fact, did the T.M.I. accident produce any deaths, injuries or significant damage except to the plant itself.

What it did produce, stoked by “The China Syndrome,” was a widespread panic. The nuclear industry, already foundering as a result of economic, regulatory and public pressures, halted plans for further expansion. And so, instead of becoming a nation with clean and cheap nuclear energy, as once seemed inevitable, the United States kept building power plants that burned coal and other fossil fuels. Today such plants account for 40 percent of the country’s energy-related carbon-dioxide emissions. Anyone hunting for a global-warming villain can’t help blaming those power plants — and can’t help wondering too about the unintended consequences of Jane Fonda.

I'm no fan of nuclear waste, but if the two nuclear plants get rejected, I'll tell you -- as I think almost any pundit would -- that S.C. will be getting many more coal plants. Not only have we seen cost increases in coal, but coal has a very real and tangible side effects on our air and water (carbon dioxide and mercury).

So, that's the question I'd like to see addressed: What would they rather have, more nuclear plants, or more coal? To me, the choice is clear.

A ruling on whether or not the plant can be built should come by February.

Update December 2: Just saw The Charleston Regional Business Journal's write-up. They talked about how the critics say energy efficiency gains could reduce the need for the nuclear plants altogether. SCE&G said it can't bet on that happening.

On the upside, if turns out we have too much power we could always shut down some of the state's nasty coal plants.