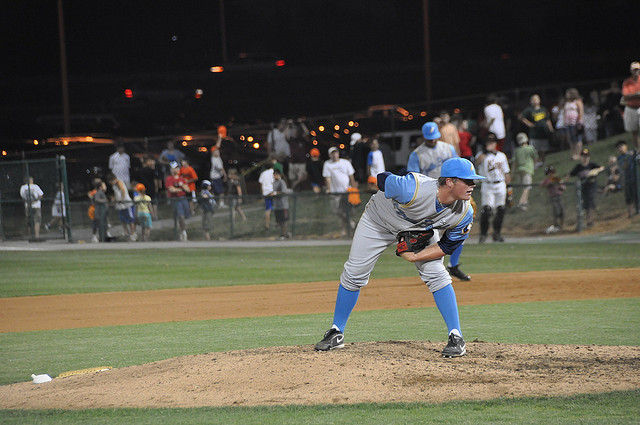 Update: We almost forgot to mention that today, Wednesday, April 4, 2012, is Myrtle Beach Pelicans fan fest. Between 5:30-7:30 p.m., the public is invited down to Pelicans Ballpark for festivities and a speakpeak at the clubs evening practice. There will be inflatables for kids, merchandise for sale and the evening will end with the judging of the "Homerun Recipe Contest," which will place a lucky winner's recipe in the 2012 concession stand. More infomation can be found here.

The Myrtle Beach Pelicans, our hometown minor league affiliate to the Texas Rangers, kick off the 2012 season against the Wilmington Blue Rocks this Friday, April 6, 2012 at Pelicans Ballpark (apparently now referred to as TicketReturn.com Field, and formerly called BB&T Coastal Field). The game starts with first pitch at 7:05 p.m.﻿

Pelicans games are a wonderful way to get outside, have some family fun, and watch some baseball at an affordable price. The outing is sure to entertain kids with games, prizes and themed nights that often include fireworks and different promotions.﻿

According to the Pelicans website, the 2012 roster features some young talent to keep your eyes on, including Christian Villanueva, the 20 year old third baseman who has been ranked #8 in the position  and #100 overall by prospect analysis publication Baseball America. Additionally, baseball fans should watch rookie pitcher Cody Buckel, Baseball America's #6 pitcher in the Rangers' system.﻿

A full schedule of games can be found on the Pelicans' website, and tickets may be purchased at the field, or in advance through the website.﻿