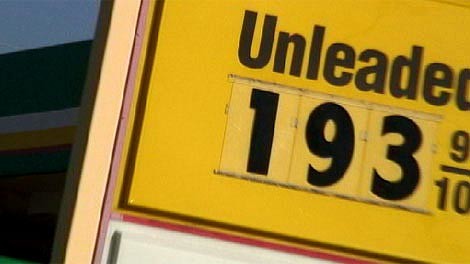 The price of a barrel of oil reached a 3-year low on Thursday, as gas prices dipped to prices beneath $2 a gallon in many states across the nation, Diesel also fell below $3 in many places.

Go get a list of the area's cheapest gas, or get a map.As of 9 a.m. the lowest reported price on GasBuddy.com was $1.81 on Ashley Phosphate Road.

The price of a barrel of crude dipped below $50 a barrel at one point, down from a record high for $147 back in July.

Dubbed "Black Gold," oil is always an indicator of what state the economy is in, so this is a clear sign that the state of worlds financial markets are not in their best shape.

With a financial crisis on Wall Street and a recession in Europe the health of major financial players has taken a turn for the worse, and folks think we might be buying less oil -- and so, the price falls.

TheDigitel's videographer took a tour round the Charleston area, and checked out the local prices at the pump -- a clear winner of the drop being the car driver.

People that we spoke to though seemed convinced that the price drop was down to good old consumer supply and demand. Their argument? When the prices hit the four dollar mark, people changed their driving habits and used less gas, and the oil companies have adapted to this by dropping their prices.

Want some analysis? Head over to The State, or The New York Times.