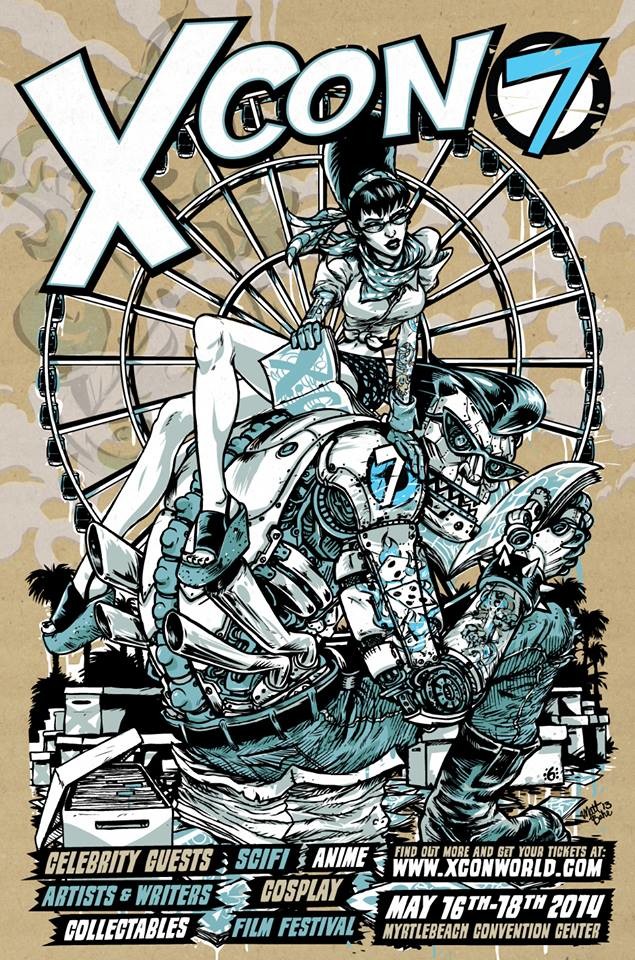 Mark your calendars for Myrtle Beach's only comic book, sci-fi, fantasy convention. XCON World VII is scheduled for May 16th, 17th and 18th at the Myrtle Beach Convention Center.

This year's XCON will feature a lot of special celebrity guests known for their work in the realm of comics, sci-fi, fantasy and everything in between. The headlining guests include Mike Zapcic, Bryan Johnson, and Ming Chen of AMC's Comic Book Men. Fans will know Bryan Johnson, the bearded non-employee on Comic Book Men also as Steve-Dave Pulasti, a re-occurring backgroundish character in Kevin Smith's Mall Rats, Dogma, and Jay and Silent Bob Strike Back.

The other notable guests are:

Get your tickets right here and check out XCONworld.info for all the...info...