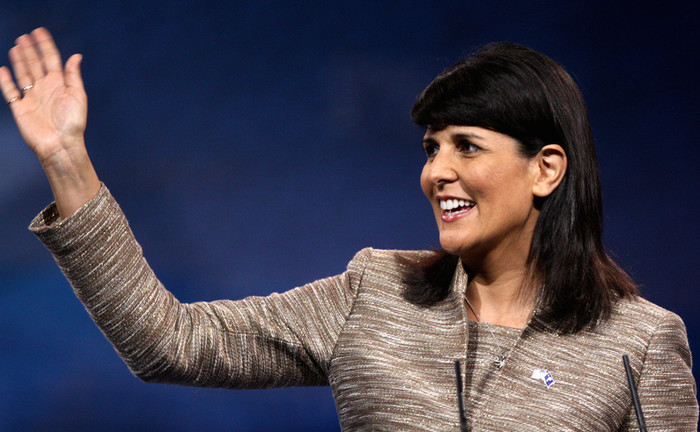 Update April 2: We hope you enjoyed this year's April Fools fun (did you also hear about our new town crier program?) And check out more of our past April 1 highlights on our topic page.

First "reporting," April 1: Some noticed cameras following Governor Nikki Haley around the Grand Strand during her recent visit and most chalked it up to putting together re-election footage for advertisements. But as it turns out, the camera's were rolling for a whole other reason.

A press release from Jupiter Entertainment, the company behind 'Trailer Park: Welcome to Myrtle Manor' is currently filming their newest reality series, one staring Governor Nikki Haley and her family. According to the press release (read below), there will be 13 episodes and a Christmas special. The series will focus on her and her family, as well as the campaign trail. The series, "That's our Nikki" appears to be focusing more on the stress and rigors of balancing a high-profile, political career and motherhood.

"Governor Haley just isn’t the head of the state of South Carolina, but also of a military family whose husband still serves bravely in the United States military. Combined with her daily duties of running a state, Madam Governor also has to reign a teen daughter and tween son, be a strong Christian wife, make sure dinner is on the table, and homework is done! Governor Haley is just like any other working military mom but with one unique job!"

When asked for comment Sen. Tim Scott (R) said, "The Haley's are great folk and deserve recognition. This will be a wonderful show, not only for political types but for families." Scott went on to say, "This will be another great venue that showcases strong Republican women and will help show conservative values in a time that they are needed to be in the mainstream."

We guess a documentary/election reality show is better than the typical 'reality' fodder of misunderstandings and wacky family members. But seriously? Look's like if this whole Governor thing doesn't work out, Haley will be taking the Sarah Palin path...

Read the full press release below, and head over to Jupiter Entertainment's website for a short promo about the new show.